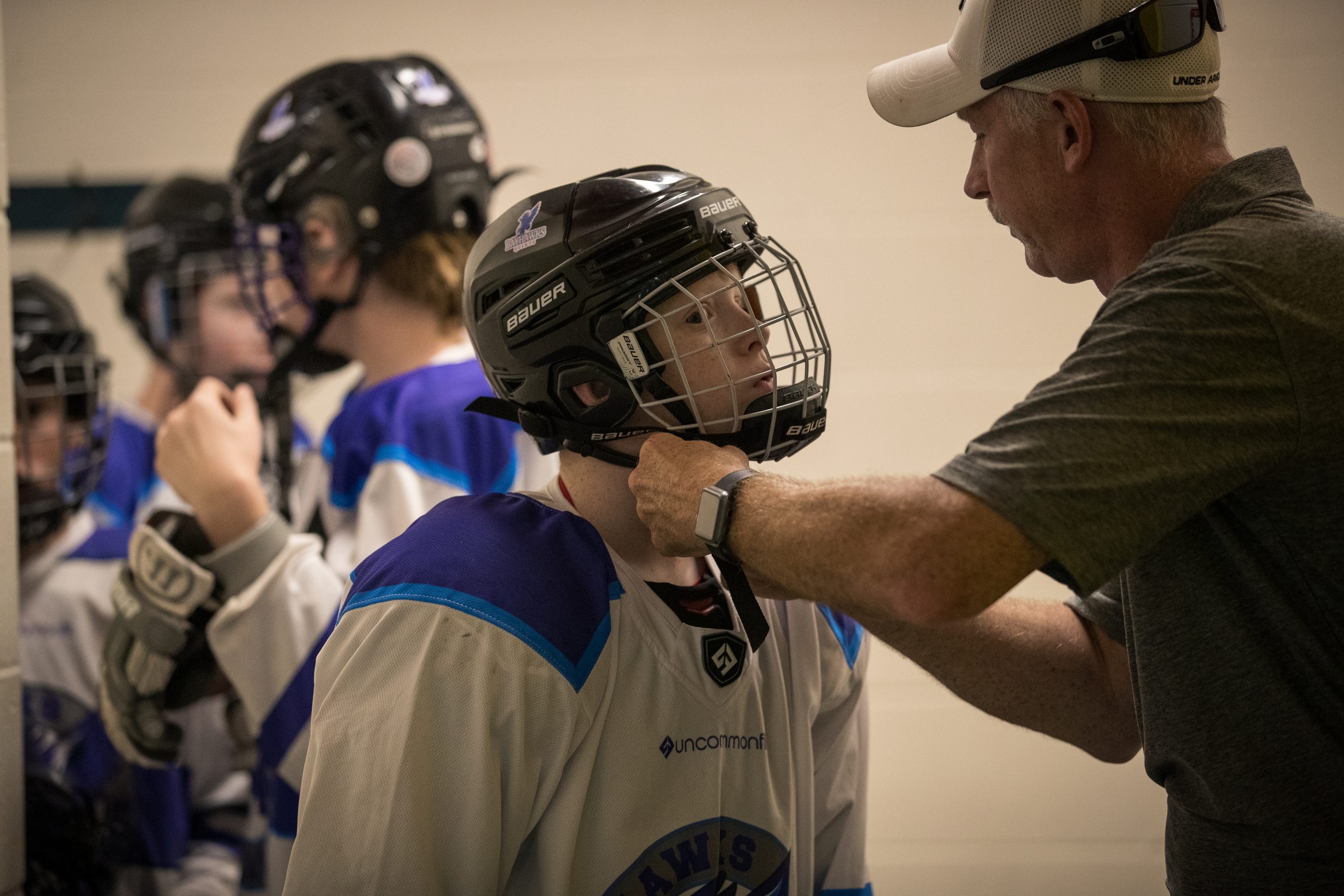 Become a Coach with QMLA

The QMLA is looking for individuals interested in fostering the growth of lacrosse in the Quinte region and becoming a coach of a competitive club travel team.  No lacrosse experience is necessary, as we will provide those new to the sport with mentorship from experienced lacrosse people.

The competitive lacrosse season will follow the conclusion of the house league season in June and continue through to the provincial championships (Ontario Lacrosse Festival) at the beginning of August.

If you are interested in becoming a coach and being a part of the growth and excitement of lacrosse in our community, if you have any questions, or if you would like more information, please contact us at quintelacrosse@gmail.com

To apply now, click below to go directly to the application form.

On August 5th and 6th, our U17 Bayhawks competitive team finished off their season at the Ontario Lacrosse Festival – the provincial championship tournament.

Four games were played over the course of two days against teams from West Grey, Toronto, Six Nations and Pelham, and while the Bayhawks came up short in all games, the experience was worth it.  Despite competing in the U17 age group (2006/2007 birth years), the team was comprised of players born in 2007, 2008 and 2009.  Technically, half of the team would normally be playing in the U15 division. It was an uphill battle from the start for each game, and the Bayhawks showed up each and every game and battled from the first whistle to the final buzzer. It was the first time playing competitive lacrosse for six players, and most only started playing lacrosse in the last few years.  The lessons learned this season will carry forward into 2023 as the whole team will be back and ready to compete in a much more even playing field.

The U17 Bayhawks are made up of players from all over Quinte region – Belleville, Brighton, Foxboro, Tyendinaga, Trenton, Prince Edward County and Plainfield.

Quinte Minor Lacrosse Association would like to extend a huge thank you to all players and parents for their commitment to the team and to growing the sport of lacrosse in the Quinte Region. 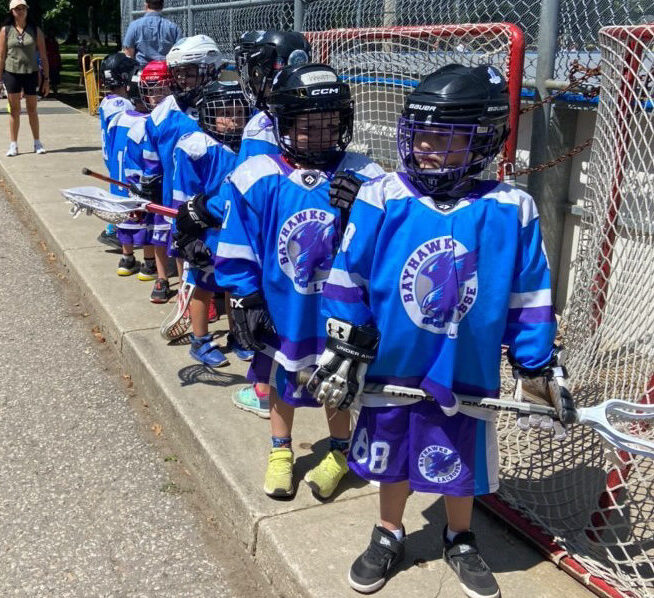 On July 9th, 2022, our 5 and 6 year-old players on the Quinte Bayhawks paperweight all-stars participated in the Hogtown Paperweight Tournament hosted by the Toronto Beaches Lacrosse Club.  The event was held at the Kew Beach outdoor box, and it was a beautiful day for lacrosse by the beach!

Three games were played over the the course of the morning and early afternoon and the team came away with two losses and a tie against some very worthy opponents from established lacrosse communities in Ontario.  Sandwiched between two losses against Burlington Chiefs and Milton Mavericks, the Bayhawks battled hard in the bright sun and heat to tie the Newmarket Redbirds, although it was evident all players came away winners judging by the smiles on their faces and the fun they were having!  Needless to say, it was a quiet ride home for most parents, as the big day took its toll on the players and it was time for a much needed rest.

Quinte Minor Lacrosse Association would like to extend a huge thank you to our jersey sponsors New Hope Surrogacy and Egg Donation, as well as other generous donations from Cheryl Carrier, REALTOR®, RE/MAX Quinte Ltd. Brokerage, Dave’s Bike Dump and The Water Guys.  We would especially like to thank the parents for their commitment to making this a great experience for our youngest Bayhawks! 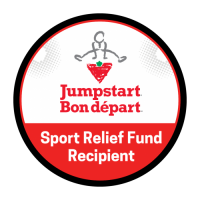 We are excited to share that Quinte Minor Lacrosse Association has been selected by @CTJumpstart to receive a grant from their Sport Relief Fund.  The fund helps community sport organizations like ours continue to provide access to sport and play for Canadian kids.  This grant will go a long way towards helping us provide the youth in our community to return to a healthy and active lifestyle through the great sport of lacrosse. 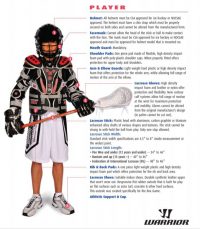 For the equipment guidelines for players in Tyke through Midget, see the following:

For our Peanut and Paperweight programs, the following equipment is required:

All equipment for recreational 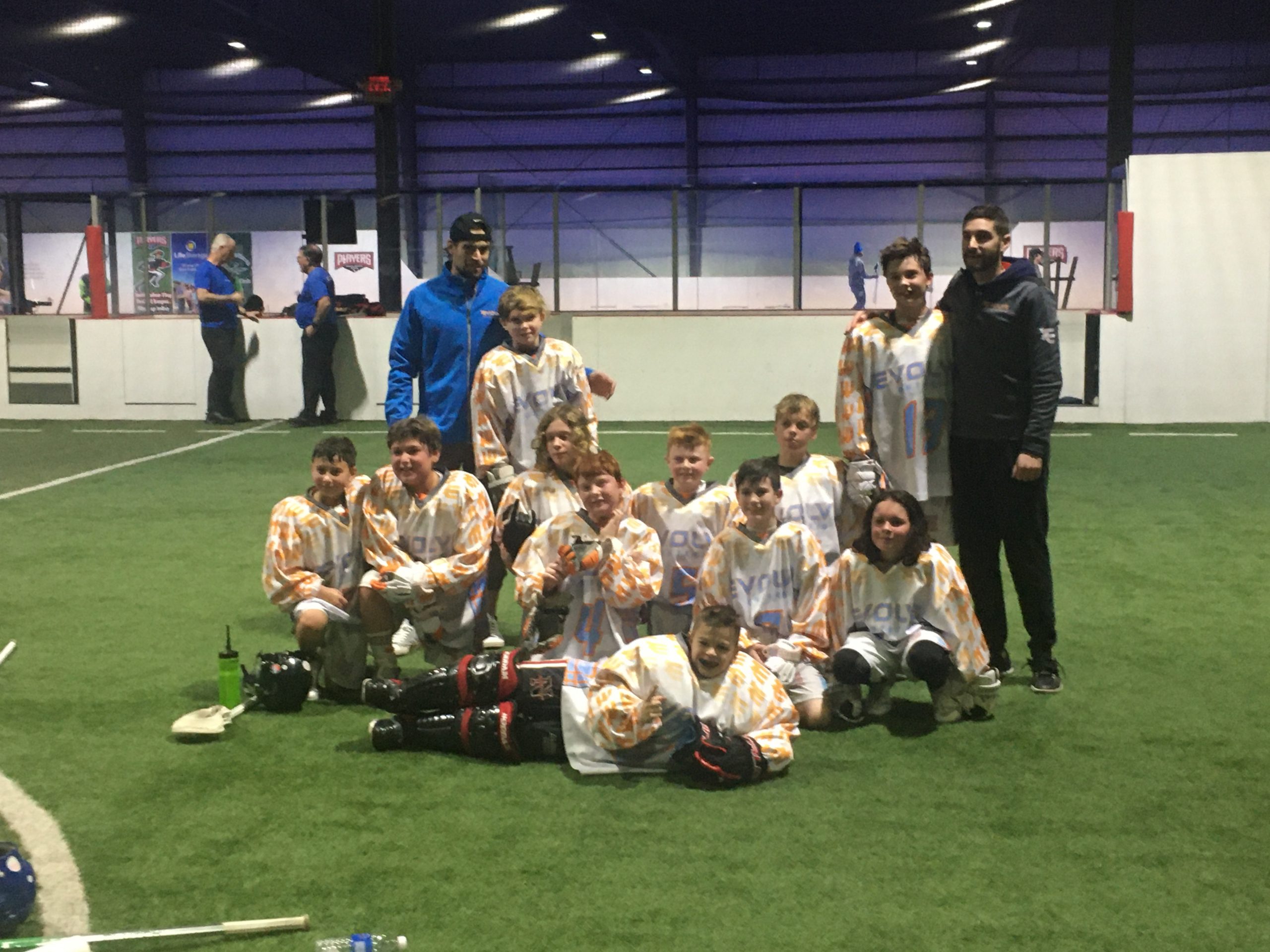 Evolve Lacrosse, an elite program featuring players from all over Ontario including Belleville’s own Patrick Fee, came home the champions of the Chicago Indoor Lacrosse Championship in Naperville, Illinois this past weekend.  Patrick, an 11-year-old player who plays for the Quinte Bayhawks in the summer, was selected to the team following tryouts and will also travel with the Evolve team to a tournament in Rochester, NY on February 1st in hopes of returning with another championship trophy. 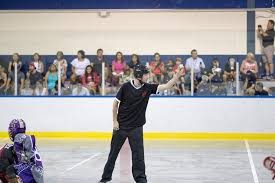 Being a lacrosse referee is a great way to contribute to the growth of the sport and earn some cash along the way.
Part of our mission to grow the sport of lacrosse in the Quinte region is to establish a core group of officials that can learn and gain experience and pass on their knowledge to future officials.